League of Light: Dark Omens might not be the most innovative game nor it does offer a bunch of extras but it doing an excellent job on telling a horror tale and offering us hours of solid entertainment.

League of Light: Dark Omens tells the story of a mysterious castle hidden in a so-called village deep down in the mountains in 1866. There has been reports of suspicious activities regarding the supposedly-abandoned castle which once lived the Dark Lord. You, as the newest member of the League of Light will have to investigate this creepy case and stop the resurrection of the Dark Lord. 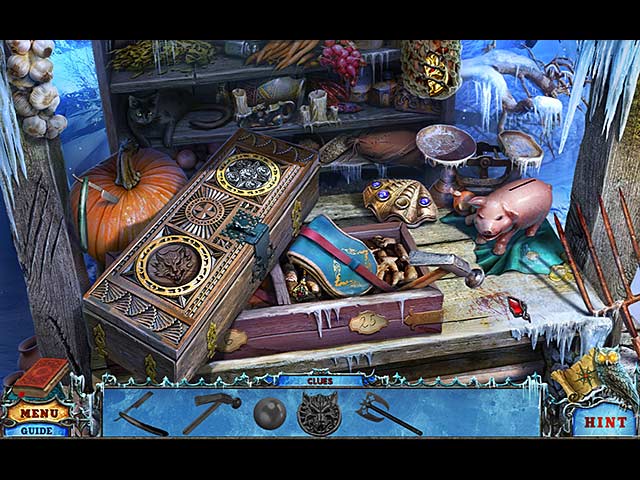 Dark Omens is a horror/supernatural theme game and the story here is actually very strong, captivating and really really well told. Unlike some other games, the story in League of Light does actually stay with you from the beginning to the end and it is being told through well-voiced cutscenes as well as scrolls, notes you can collect along the way.

The artwork in Dark Omens is also pretty awesome although we would say that some variations of color would be much welcomed; the graphics are surely sharp and fantastic to look at. The music also fits the horror-theme of the game very well and it does not play in short-loop or being too repetitive.

League of Light: Dark Omens has a nice amount of entertaining, professionally-made Hidden Object scenes featuring two types; standard-list type and silhouettes/interactive type. Despite the high quality Hidden Object scenes, we really think that the puzzles could have been much more challenging and creative as for now, they are all very familiar and easy to solve – still offering a good level of ‘fun’ though. 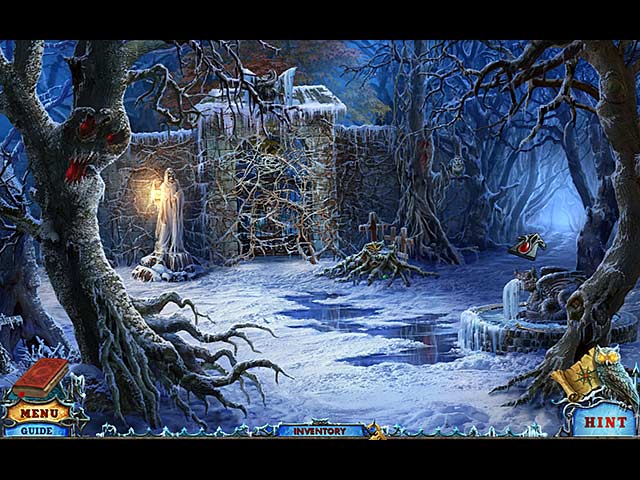 We feel like the developer of League of Light focuses more on the story and presentation of the game more than the actual gameplay of the game. Yes, it is very entertaining and hooking and it does have an interactive map for fast travel but the overall gameplay is ridiculously easy. The direction of the game is very predictable and there are no any innovative features that distinguish the game out of the large crowd of HOPA games.

Anyway, there are Achievements to collect in League of Light and they are pretty attractive to hunt for as each achievement will unlock you a Fresco Part in which you can piece together later. The Achievements involve some standard ones such as solve puzzles without skipping, solve HOG scenes without using hint to some unique ones like solve puzzles without looking at the instruction or answer trivia questions regarding the game! In addition, there are 34 collectible owls as well as 11 bestiary scrolls which give a good recap of the character’s background.

For the Collector’s Edition content, League of Light might be pretty weak as all it has to offer are Strategy Guide, Soundtracks, Concept Art and Wallpapers. Despite that, the Bonus Chapter of the game is surprisingly awesome. The ending of the main game makes sense on its own but the Bonus Chapter does add a little more to it and makes a great absolute conclusion. It does last a solid hour as well; we sometimes even feel like the Bonus Chapter is better than the main game as many scenes are more colorful and stunningly beautiful. 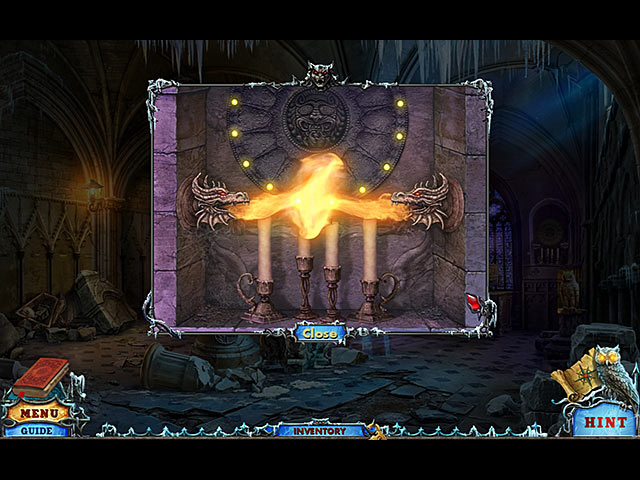