The overall experience of Chef Solitaire: USA is lovely and definitely entertaining. While it did not bring anything revolutionary to the table, but it is a decent solitaire game nonetheless.

Who doesn’t like a good-old solitaire game? Although there are plenty of solitaire games out there, it is only once in a while that we will be getting a real solid one. Chef Solitaire: USA is a brand-new solitaire game from The Revills Games, the developer of the much-loved Legends of Solitaire series! 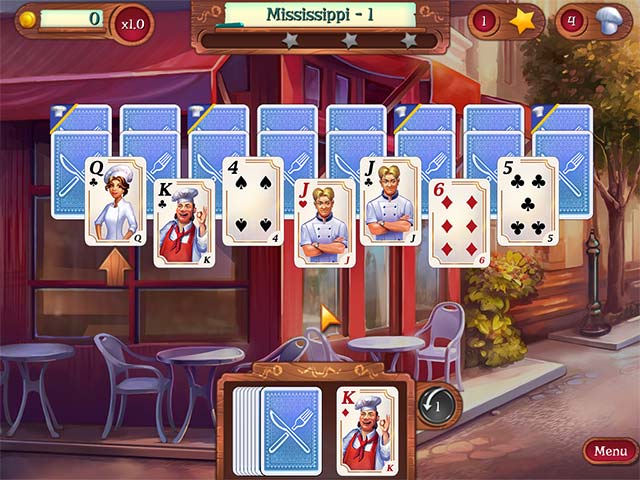 In Chef Solitaire: USA, you will be travelling across the 48 states of the United States opening your very own restaurant franchise. Yes, you will really be playing solitaire across all of the 48 states, this divides up to 10 levels per state and thus, there is a total of 480 levels. Plus, three bonus games; Freeplay, Tri-Peaks and Five-Peaks.

Chef Solitaire: USA is a higher/lower type of solitaire game, so the rules are fairly simple and easy to learn. It plays pretty much like any other solitaire games of its kind, with some fun twists. Since this is a restaurant-themed game, many of the features in the game are smartly geared towards the theme. Many times throughout the game, there will be various obstacles that prevent you from using some specific cards. For example; a card that is covered by bacon needs to be picked up with a tongs before use. Further, there are also four different fun mini-games to help earn you extra points.

In addition, the game is made for the enjoyment of all kinds of players. Beginners can enjoy the Casual mode, in which there is a higher chance to score bonuses and receive special cards. More advanced players can choose between the Normal mode or the Hard mode for some stimulating challenges. 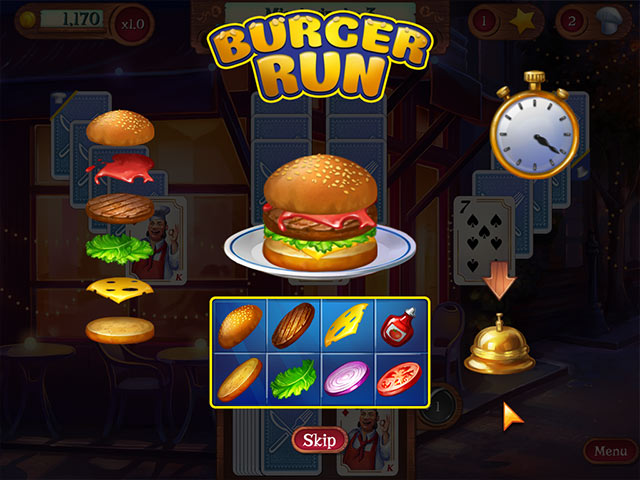 Unlike most of the solitaire games, Chef Solitaire: USA does not require you to complete the board in order to progress to the next level. In each level of the game, there will be one or two objectives in which you need to complete. Once you have completed these objectives, you are allowed to move on even if there are still cards left unturned. For those that prefer some more challenges, the Auto-Finish option can be turned off so that you would have to complete both the objective and the board itself.

Chef Solitaire: USA also excels when it comes to the production. We would not say that Chef Solitaire: USA is a story-driven game, but there are some interesting conversations between the characters now and then – these dialogs are fully-narrated by pleasant voice-talents. Moreover, the visuals are bright and cheerful and the soundtracks are fun and upbeat – Chef Solitaire: USA will definitely put you in a good mood while playing. 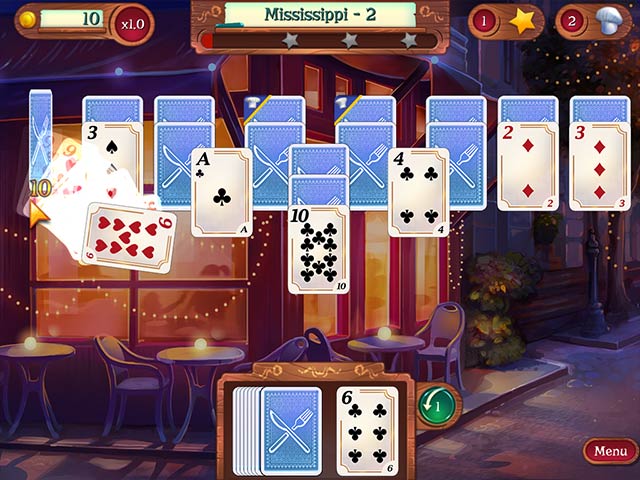 by All About Casual Game on June 13, 2020
Save for the thriving Gamehouse Original Stories collection, the majority of Time Management games in 2020 are builders or resource-management games. Coing games, particularly on desktop, are few and far between. Coing stars, a brand-new Time Management game from Aliasworlds harkens back to the glory days of the sub-genre and should come as a ight to long-time […]

by All About Casual Game on May 16, 2020
Since the early days of casual gaming, coing games have dominated both the charts and the hearts of players worldwide. Whether you are a great co in real life or not, coing games provide are always reliable at proving you great entertainment through addicting and upbeat gameplay. These are some of the best coing games […]

by All About Casual Game on June 29, 2019
After the Free-to-Play relaunch of the iconic Diner Dash franchise in 2014, Glu has went on to create multiple successful spin-offs namely Coing Dash and Restaurant Dash. Diner Dash Adventures signals a return to form for the trailblazing Dash series, incorporating elements from different games in the Dash series, while adding in the story element […]
Comments
Leave a reply