Despite the serious lack of challenge, Yuletide Legends: The Brothers Claus is actually an excellent holiday game.

Santa’s infamous brother, Varyk is out and about ruining Christmas. Can you, with the help of Jack Frost, save Santa from Varyk’s grasp and save Christmas? Yuletide Legends: The Brothers Claus is the start of a new Christmas-themed series from Daily Magic Productions, a series that we hope will become a yearly tradition. 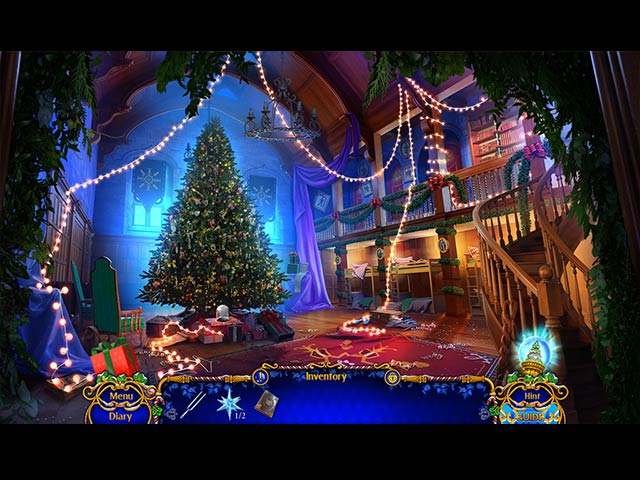 Yuletide Legends: The Brothers Claus is heavily filled with Christmas magic. The story revolves around world-famous Christmas characters, and the cheerful holiday vibe is definitely strong in the environment. It is a shame that the storyline is not as engaging as it could have been, mostly due to abrupt dialogs and minimal character development.

Still, the fantastic production in Yuletide Legends: The Brothers Claus arguably makes up for the rather dull story. The visuals are extremely impressive; whimsical, bright, and glossy. Besides, the cutscenes, the animations, and the visual effects are equally stunning. These are some of the best graphics works we have seen from Daily Magic, kudos to the art team! 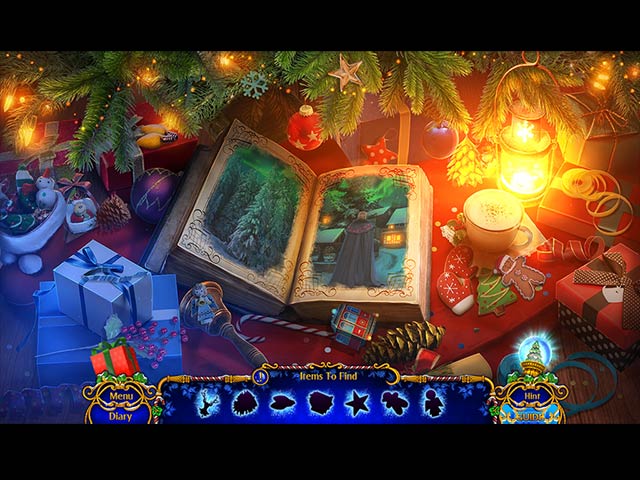 There is no doubt that Yuletide Legends: The Brothers Claus is an expertly-crafted game. The game mechanics flow together very smoothly, the hidden object scenes are highly entertaining, and the Christmas-themed puzzles are well thought-out. However, the whole thing feels a little too easy. The adventure part of the game offers no challenge whatsoever, and the puzzles are also on the easy breezy side.

Because of this, we finished the main game in just three hours and the bonus chapter in 40 minutes – a relatively short length for a HOPA. Nonetheless, we were captivated by the wonderful sights and thrilled by the fast-paced gameplay all the way through. The bonus section of the Collector’s Edition also comes with a strategy guide, wallpapers, developer’s diary, concept art, soundtracks, Match 3 games, achievements, collectibles, and morphing objects. 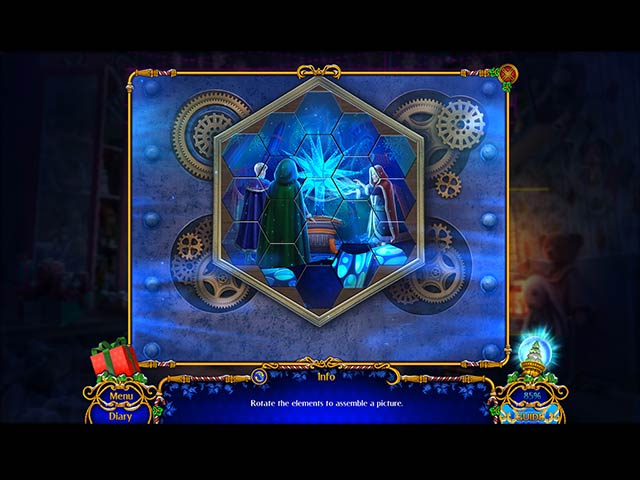