Dark City: Munich is a worthy follow-up to the series' exceptional first game. It ticks all the boxes, while also goes above and beyond to deliver a smart and immersive gaming experience.

Mayor Schultz of Munich has invited you over to investigate a series of murders, in which victims seem to be attacked by a powerful and violent creature. Are the rumors about werewolves roaming the city actually true? Seek clues and track down killer in HOPA sequel from 4 Friends Games. 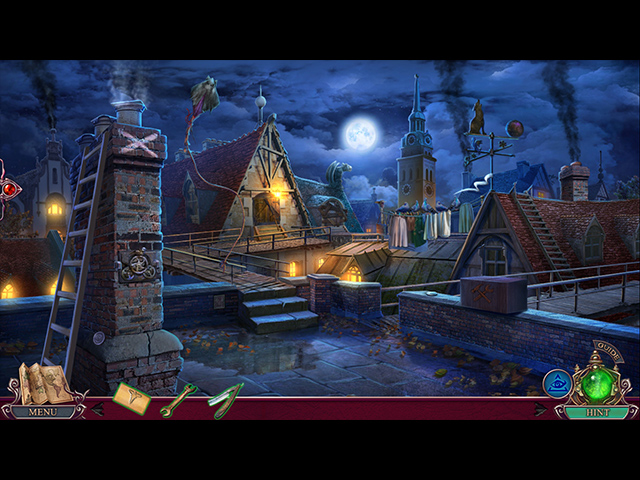 If you have been following my reviews, you might remember that the first Dark City game was one of my absolute favorites from last year. Naturally, Dark City: Munich takes the star detective to another iconic city to solve another suspenseful case. While the main plot feels quite familiar, the delivery and the pacing are spot-on. Compared to the first game, the sense of urgency is somewhat lacking in Dark City: Munich, but not the point that takes away from the intrigue of the game.

Again, Dark City: Munich incorporates hands-on investigative elements into the gameplay. The evidence board is included as a helpful deductive tool and the analysis of the murder scenes is fascinating to see played out live. The rest of the gameplay follows the usual HOPA tropes, but with enough twists that make the game surprisingly refreshing. The hidden object scenes are usually complex, imaginative, and extremely entertaining. The puzzles are more traditional and by-the-numbers, although still fairly enjoyable. 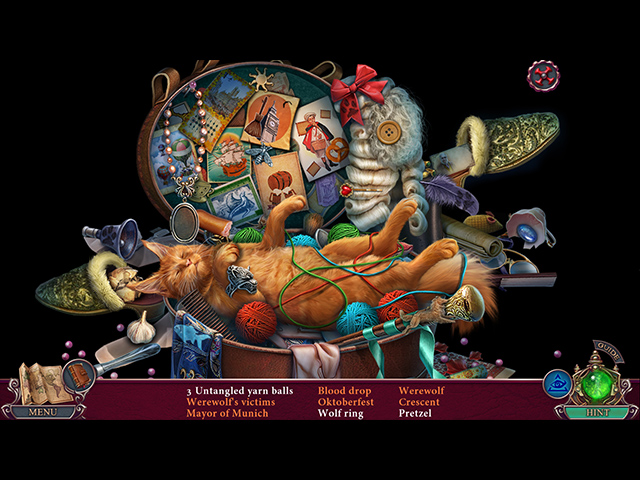 4 Friends Games always impresses with their production values. Dark City: Munich is a visual extravaganza with stunning artwork, excellent color choices, and sophisticated special effects. Even the cutscenes that are grounded in black and white drawings are incredibly well-done. In addition, the beautiful soundtracks perfectly set the tone for the game and effectively enhance the more dramatic moments in the game.

For me, Dark City: Munich came to an end at around the three and a half hours mark, with the bonus chapter clocking in at around 50 minutes. Despite its slightly short length, the game is hefty in its bonus materials. The Collector’s Edition includes a strategy guide, wallpapers, screensavers, concept art, soundtracks, videos, replayable hidden object scenes, replayable mini-games, collectibles, achievements, and morphing objects. 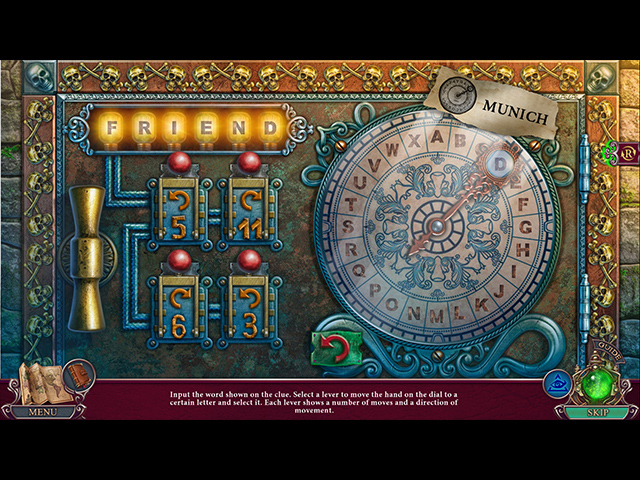 Dark City: Munich is a worthy follow-up to the series’ exceptional first game. It ticks all the boxes, while also goes above and beyond to deliver a smart and immersive gaming experience.