Campgrounds III has few charming qualities, but plays it far too safe to stand out among other more sophisticated Time Management games.

Is 2019 the comeback year for Time Management series? After the triumphant return of Kingdom Chronicles, the Campgrounds series from Jumb-O-Fun Games just got a new sequel after a six-years hiatus. Join Addie on another exciting adventure as she tries to help her friend Bart turn profits from his campsite business. 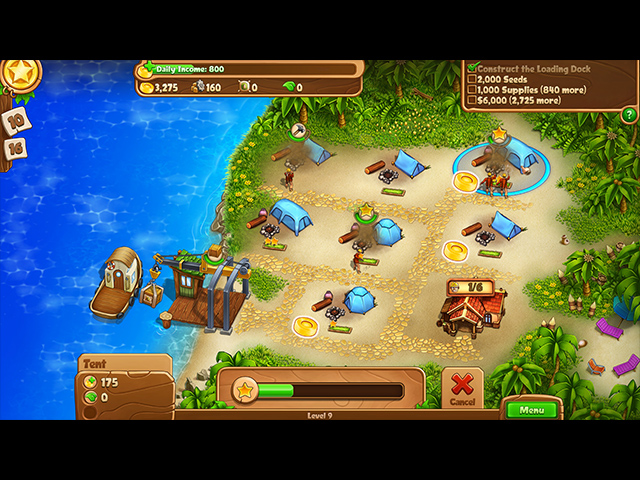 If you ask me what is the main difference between Campgrounds III and the previous installment, I probably would not be able to pinpoint it out for you. The truth is, this sequel is incredibly similar to its predecessor. There is an absence of a distinct theme that runs through the game as well as a clear lack of effort in trying to “upgrade” the game to match 2019 standards.

The gameplay remains rather basic, with little innovation regarding its features and actions. Furthermore, the bland visuals and washed-out colors give the impression of a game created in the mid-2000s. It might play into the nostalgia, but that alone is not enough to justify a sequel in 2019, especially for a Collector’s Edition. 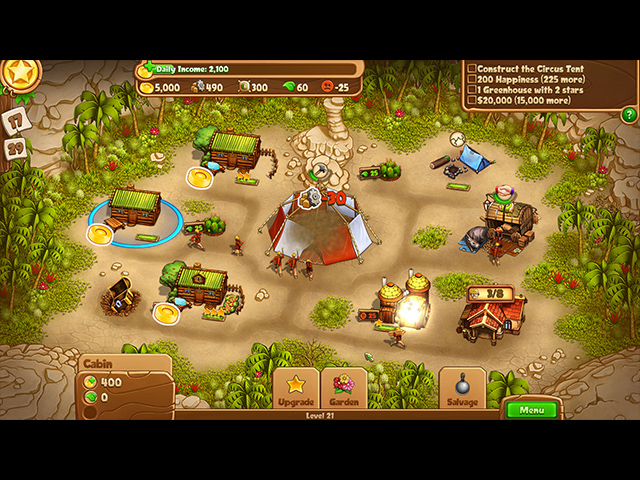 Nonetheless, credits need to be given to level designers where they are due. The balance between challenge and entertainment is perfect, with each level being just one step more difficult than the one before. The variety of tasks and buildings is impressive and the integration into the campgrounds theme is clever and fun. Regardless of the flawed elements previously mentioned, Campgrounds III is a surprisingly fun game with enough variation to remain fresh from start to finish.

Campgrounds III comes with 50 levels that can be played in either Timed or Untimed mode, which gives the game a pretty satisfying runtime. The Collector’s Edition content, however, is rather disappointing. This includes 20 bonus levels, a strategy guide, achievements, concept art, and cutscenes – certainly not enough to make me want to pay the higher price tag. 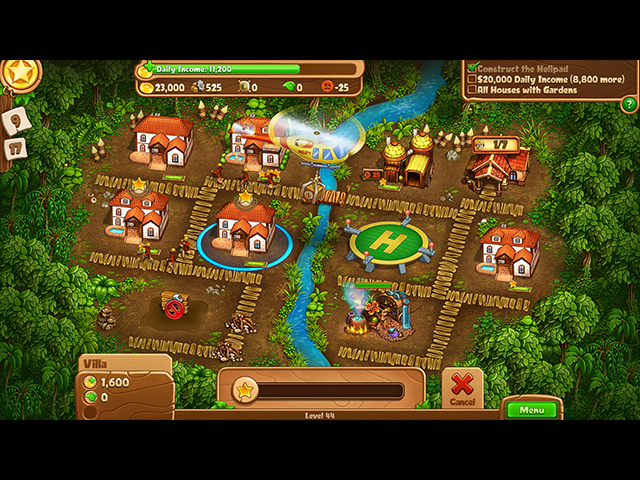 Campgrounds III has few charming qualities, but plays it far too safe to stand out among other more sophisticated Time Management games.

by All About Casual Game on December 7, 2013
As it comes to the end of the year, it can be concluded that there are only two non-HOG CE games that are being released this year, Royal Envoy: Campaign for the Crown and this Time Management/Builder sequel to 2012’s hit Campgrounds. Unlike the first game, Campgrounds: The Endorus Expedition does not have an interesting story as […]
Comments
Leave a reply