1
new
Maze: Sinister Play – Review
Reviews
previous article
Nothing To Do In Your Free Time? These Esports Are For You
next article
Spirit Legends: Solar Eclipse - Review

MatchVentures 2 feels like a lazy rehash of the first game, but its entertainment values are still intact.

Almost two years after the first Matchventures game made a big splash on the PC Match 3 scene, Playcademy is back with the long-awaited sequel. Take another journey down the Cliffmont Castle as you help Finley the Leprechaun fortify the castle against the evil Dragon Master Dragor. 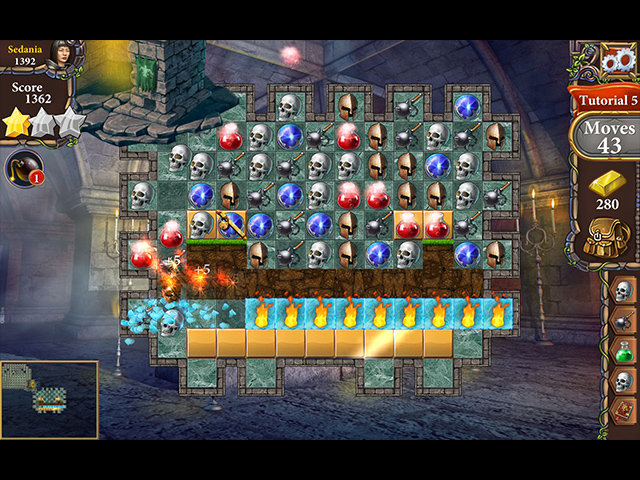 MatchVentures 2 follows the formula previously presented in Playcademy’s previous best-selling titles like Runefall and Silver Tale, with it being a creative hybrid of Match 3 and puzzles. Each level of MatchVentures 2 usually consists of multiple boards, in which the non-primary boards can be unlocked by using inventory items or solving mini-puzzles. Although this element is not something totally unique, it still works wonders in this game as it adds multiple layers to an otherwise straightforward Match 3 game.

Another distinctive element of MatchVentures 2 is the Battle mini-game, which is included in some of the levels. This is a clever way to get the player more engaged with the game and its characters. Other features of MatchVentures 2 are quite standard for a Match 3 game – for example; power-ups, bonus tiles, and a customizable fort. 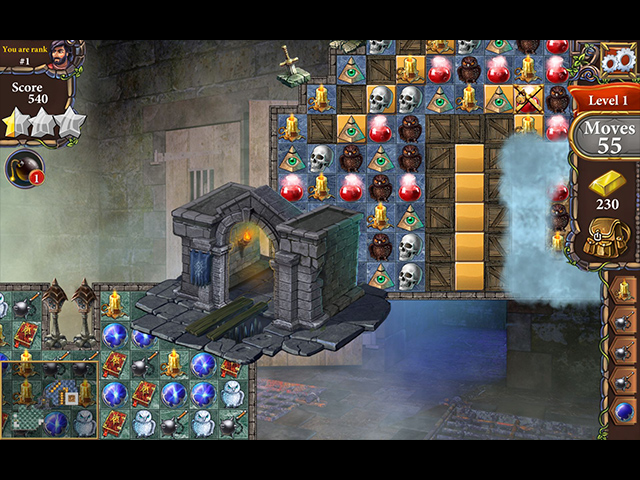 In terms of difficulty, MatchVentures 2 should satisfy all levels of players. The game comes with two gameplay modes, one with limited moves and one without. Playing on the limited-moves mode, I found the difficulty of the game to be just perfect. There were definitely some levels that required multiple trials, but they were nicely mixed in with easier ones to maintain the flow of the game. I also enjoyed how the game allowed the player to continue playing the level, collecting more points, even if all the objectives are completed.

However, MatchVentures 2 has one major problem – originality. While I cannot recall the first game in superb details, this sequel feels, looks, and plays extremely similar to its predecessor. It is as if the developed just simply repackaged the first MatchVentures with some new graphics and a slightly different storyline and called it a day. Speaking of the graphics, the visuals in MatchVentures 2 also look a little rough – especially compared previous works from the studio as mentioned above. 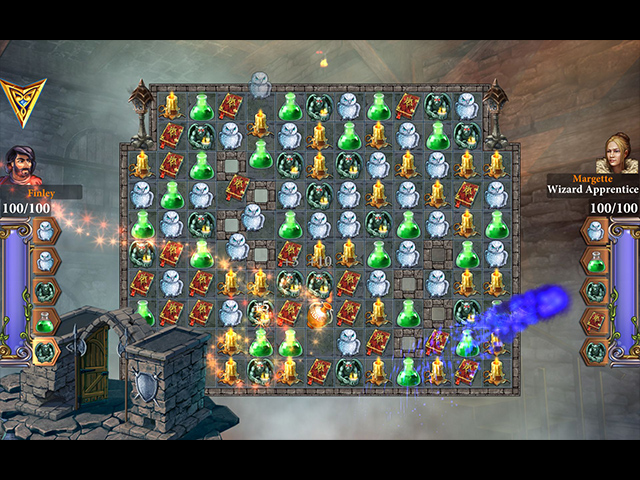 MatchVentures 2 feels like a lazy rehash of the first game, but its entertainment values are still intact.

by All About Casual Game on December 20, 2019
The first Runefall game was one of my favorite Match 3 games of all-time for multiple reasons. It gave the much-familiar Match 3 genre a creative spin, it was visually and audibly pleasing, and most importantly, it was wildly entertaining. Fans around the world waited four years for this sequel, The Rivermoor gang is back […]

SpelunKing: The Mine Match – Review

by All About Casual Game on July 30, 2019
At this point, Playcademy can probably be crowned the king of premium Match 3 games and they are back with another new title! SpelunKing: The Mine Match takes you on an exploration underground as you try to find your grandpa’s lost items and gemstones in order to help rebuild the town of Farnsbury. In the […]

by All About Casual Game on April 27, 2016
Remember Runefall? It was probably one of the best Match 3 games in history! Playcademy is back at it again with a new innovative Match 3 title, Silver Tale. In this game, you take on a quest to find the magical Silver Holly, the only herb that can save the king from a life-threatening disease. […]
Comments
Leave a reply