12 Labours of Hercules IX: A Hero's Moonwalk could have experimented more, but it is a fun futuristic adventure as it is.

Are you ready to hop on Hercules’ most anbitious adventure yet? Our hero Hercules recevied a call from Selene, the goddess of the Moon that the Moon is being attacked by a space monster! Hercules realized that his powers could be useful to not only the Earth, but to the whole universe as well, and so he went and hopped on the first flight to the Moon. Explore the outerspace in the latest chapter in the beloved Time Management series – 12 Labours of Hercules IX: A Hero’s Moonwalk. 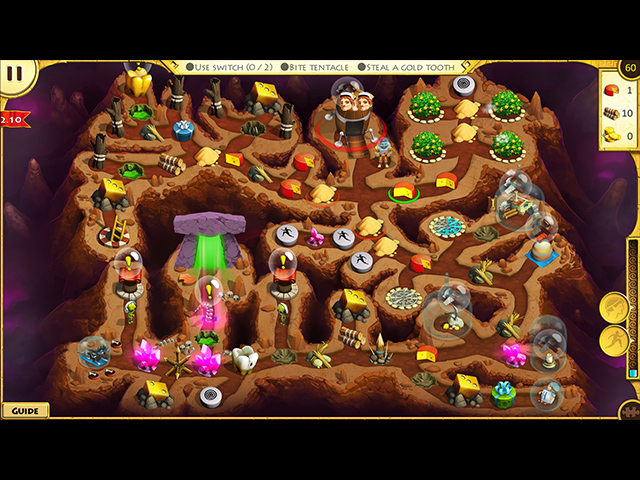 After delivering one of the year’s best Time Management game with Alicia Quatermain 4: Da Vinci and the Time Machine, JetDogs is back with the ninth sequel to their flagship franchise. While the main mechanics of the game are nothing groundbreaking, the space theme is enough to freshen up the familiar formula. There is great variety in the type of obstacles and story-driven tasks that switch up level to level, all of which are interesting and fun especially the “sublevels.” Thus, none of the game’s 50 levels feels the same as one another, which makes the game entertaining from beginning to end. 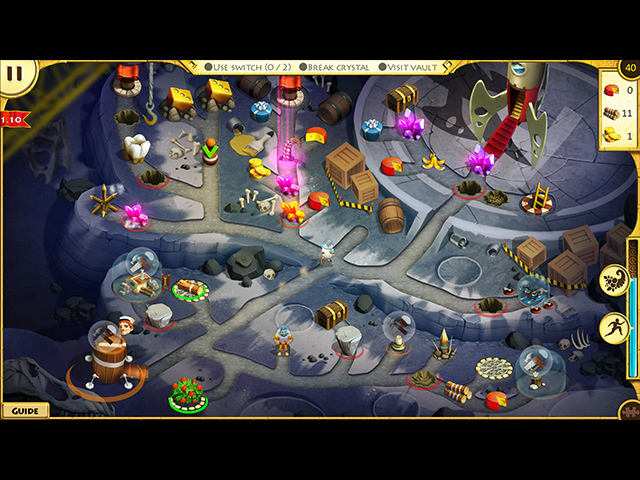 12 Labours of Hercules IX: A Hero’s Moonwalk comes in three difficulty modes; Relaxed, Casual, and Expert. Hardcore Time Management fans will be happy to know that this is a relatively challenging game and playing on the Expert mode will be a real test of your skills and strategy. Production wise, 12 Labours of Hercules IX: A Hero’s Moonwalk continues with its cartoonish animated visuals and lively background music. To align with its extraterrestrial theme, the sights and sounds are also updated with cool futuristic details.

With the Collector’s Edition, the game also includes various wallpapers, achievements, collectibles, and an in-level strategy guide. This in-level strategy guide is baffling and confusing, as it sort of guides the player through the level through interactive arrows rather than having the player studying the guide. Some might enjoy this new format, but I am personally not a fan of. 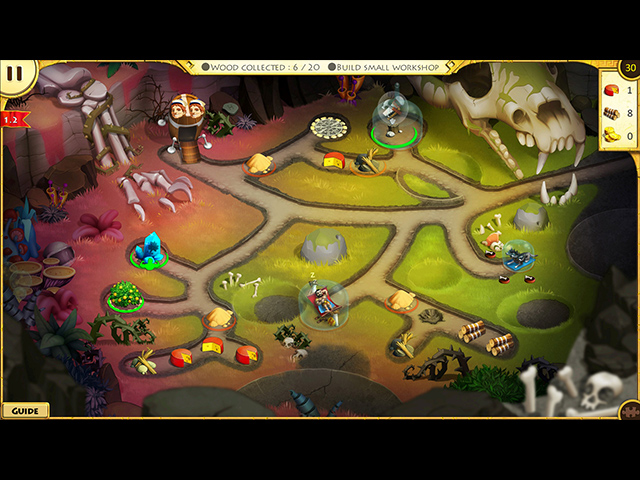 12 Labours of Hercules IX: A Hero’s Moonwalk could have experimented more, but it is a fun futuristic adventure as it is.

by All About Casual Game on August 29, 2019
JetDogs brings you the fourth installment in the best-selling Time Management series. Leonardo Da Vinci’s newly-built time machine accidentally sent his d one Cecilia back into the past! In an attempt to undo the damage, Da Vinci wanted to follow Cecilia back in time, but an error forwarded him into the future instead. Can Alicia […]

12 Labours of Hercules VIII: How I Met Megara – Review

by All About Casual Game on November 21, 2016
It is no secret that Big Fish Games  Hidden Object games. While we do appreciate the site trying to offer Time Management Collector’s Editions in the recent months, there is no need for them to appeal to the TM fans if these games are simply not good enough for the CE status. 12 Labours […]
comments
Leave a reply