Alice's Wonderland: Cast In Shadow is a charming Time Management game that is unexpectedly challenging, yet exceptionally entertaining.

Join Alice on her epic adventure through the treacherous Wonderland! Big City Lab presents a brand-new Time Management game that has you playing alongside Alice as she encounters her many friends and foes on her quest to stop her most dangerous enemy, Master of Chains who plans to take control of the Wonderland. 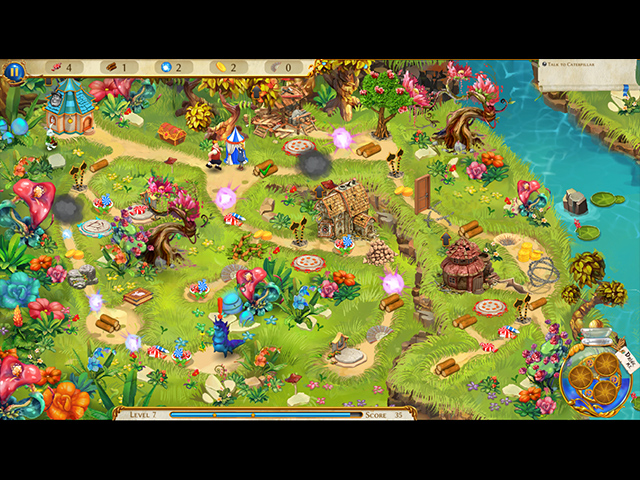 For all the many HOPA games based on the famous Alice in Wonderland storyline (one of the more recent cases being the brilliant Bridge to Another World: Alice in Shadowland), there are surprisingly very few Time Management games based on this same theme. Alice’s Wonderland: Cast In Shadow takes this familiar fantasy tale and throws in more wild ideas and creative flourishes for that extra punch!

Alice’s Wonderland: Cast In Shadow is filled to the brim with story-driven dialogs. For those who want to be fully immersed in the game world, this should come as a delight. Still, those who only want to enjoy the gameplay can also skip these character conversions and still appreciate the game. The game takes Alice and the player across a variety of terrains, both indoors and outdoors. These locations are quite cleverly designed, feature relevant tasks and objectives, and most importantly, always feel refreshing and fun. 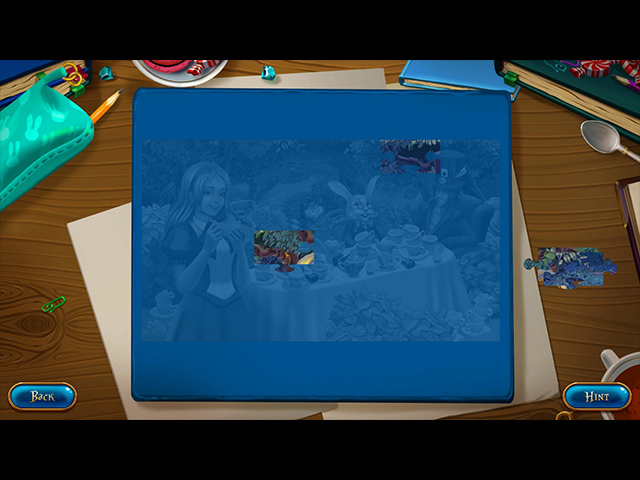 Advanced Time Management players will be satisfied by the high level of challenge that Alice’s Wonderland: Cast In Shadow offers. As soon as you get passed Level 10, the complexity ramps up significantly. Although the core game mechanics are similar to other resource management titles, the volume of different, sometimes unique, elements in this game can be difficult to keep track of. Regardless, if you ever feel stuck, feel free to switch to one of the game’s three difficulty modes mid-level as you would not lose progress on the level.

In contrast to its hectic gameplay, the game’s sights and sounds are whimsical and oddly relaxing. The colorful graphics, the vibrant animations, and the melodic soundtracks maintain the upbeat tone through the game’s 40 levels. Alice’s Wonderland: Cast In Shadow also comes as a Collector’s Edition, which includes more great extras; 12 bonus levels, hard-to-find puzzle collectibles, bonus quests, wallpapers, concept art, soundtracks, and achievements. It is worth noting that the game does not come with a strategy guide, which would have been extremely useful considering how difficult the game is. 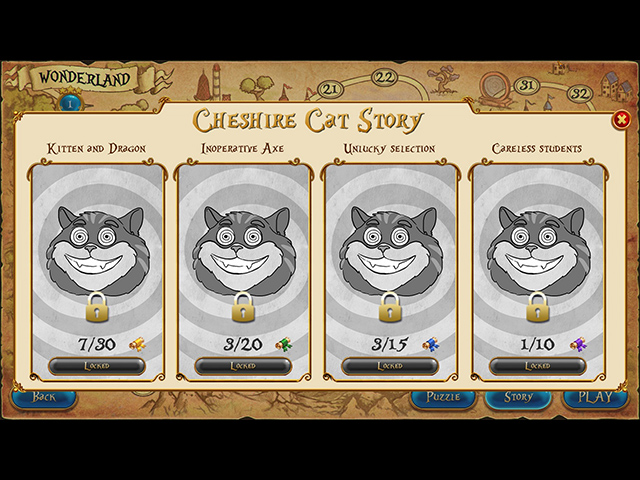 Alice’s Wonderland: Cast In Shadow is a charming Time Management game that is unexpectedly challenging, yet exceptionally entertaining.

by All About Casual Game on April 24, 2020
Alice is back in the magical Wonderland for a new adventure! In this fantasy Time Management sequel from Big City Lab, Alice is needed back in Wonderland again when The Queen of Spades used a powerful artifact to turn her friends against her. With her most loyal companions, White Rabbit and Mad Hatter missing – […]
comments
Leave a reply