Dreamland Solitaire: Dragon's Fury might be nearly identical to the first, but it still packs plenty of fun and magic to feel fresh and alluring.

In the wide world of casual games, the puzzle genre remains one of the most reliable and popular genres. From fan-favorite tile-swapping Match 3 boards to the incredibly exciting bubble bursting levels as found for free on bubbleshooter.net and the simple-yet-addicting nature of solitaire cards – this dominant genre has them all. True to its genre, Dreamland Solitaire: Dragon’s Fury, the sequel to the best-selling solitaire game released earlier this year, is a prime example of why puzzle games are so easy to love. 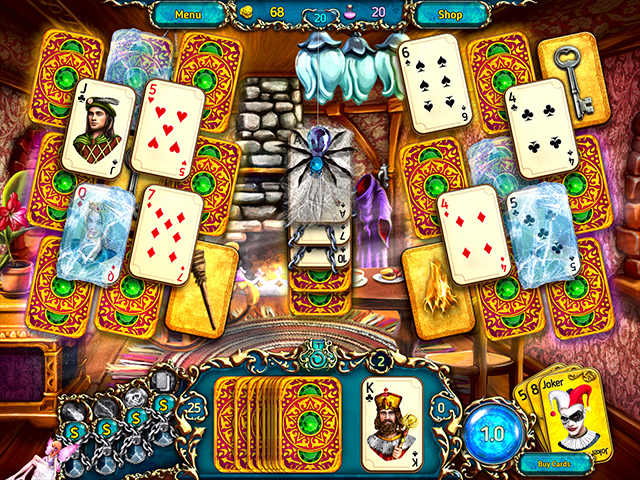 In this installment, a dragon’s fire is slowly destroying a humble village and you are tasked with the challenging mission to stop this chaos. Like any other higher-lower solitaire game, Dreamland Solitaire: Dragon’s Fury features intuitive and easy-to-learn gameplay that will hook you in from the very first level. However, what makes this game truly special is the imaginative and entertaining thematic twists and obstacles. While many of these were previously introduced in the previous installment, they are still fun to revisit and interact with.

One could argue that Dreamland Solitaire: Dragon’s Fury is too similar to its predecessor, which is totally reasonable. Apart from a slightly darker overtone, there is no major change in this new sequel. Still, that does not mean that the game fails at its job of delivery hours of addicting gameplay. In fact, I personally found the levels in this sequel to be more layered, complex, and thus, challenging. Fans of the first Dreamland Solitaire should be more than happy to continue the fun and new fans are more than welcomed to begin their magical journey with this sequel. 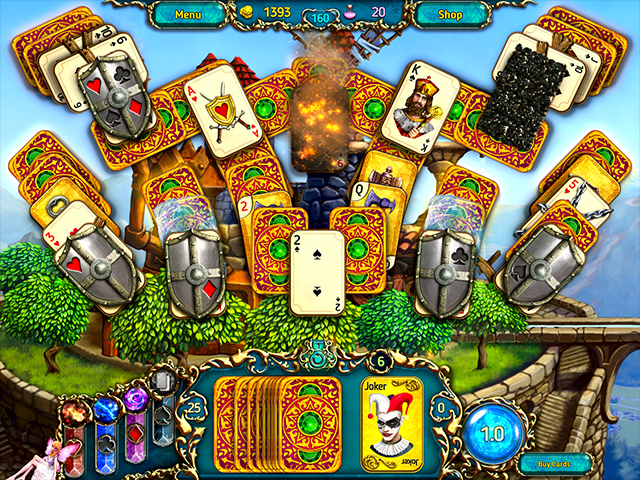 On the topic of the presentation, Dreamland Solitaire: Dragon’s Fury is wonderful for both the eyes and the ears. The lively graphics and dazzling special effects are perfect for the game’s fantasy theme. At the same time, the dreamy music and charming sound effects are enough to draw you into the game’s dreamland.

As for the technicals, Dreamland Solitaire: Dragon’s Fury comes with three modes to suit your preference. This includes a casual mode, a timed mode, and an easy mode with two decks of cards. The game also allows you to change the appearance of the card decks to switch things up once in a while. As you progress further into the game, you will find the game’s plethora of power-ups to be unbelievably helpful. Whether that be jokers and wild cards or bonuses such as magic shuffle, chain lighting, and fireball – you can strategize and purchase them using the coins you win from completing each level.

Dreamland Solitaire: Dragon’s Fury might be nearly identical to the first, but it still packs plenty of fun and magic to feel fresh and alluring.

by All About Casual Game on March 26, 2019
Enter Dreamland, where fairies and magic come alive in a new premium solitaire game from Alawar and Adept Studios. It is not everyday that we get a notable premium card game that is just different enough to stand out from the rest of this often overloed genre. While Dreamland Solitaire mostly remains faithful to the […]
Comments
Leave a reply