Jewel Match Solitaire: Atlantis is a comprehensive card game with more fun packed into its package than its simple premise might suggest. 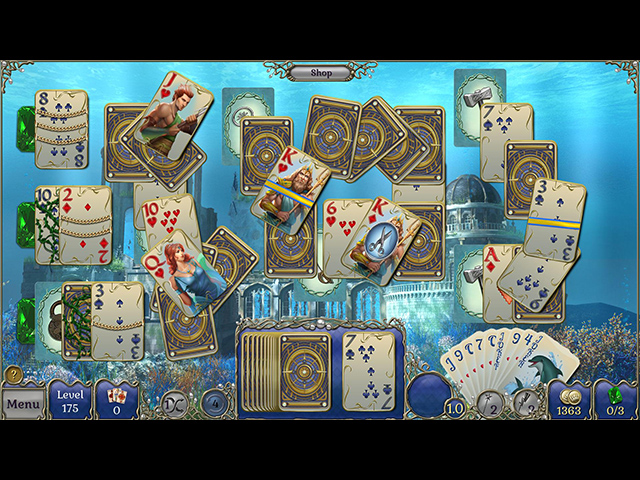 Solitaire games are incredibly popular for a reason – they are easy to get started and difficult to stop. True to its genre, Jewel Match Solitaire: Atlantis accomplishes just that. There are 200 standard levels in the game and they are of the higher-lower solitaire format. In order to beat these levels, you have to select an open card on the screen that is either one step higher or lower than the card in your hand until the board is cleared. Meanwhile, the game also asks you to tackle various underwater-themed obstacles and challenges.

While the core gameplay here is not that much different from the previous Jewel Match Solitaire games, there are clear attempts to take this sequel a step further apart from its distinct visual stylings. In addition to the standard levels, there are also plenty of extra levels, including 18 special solitaire levels with multiple formats (such as Double Klondike, Freecell, Castles in Spain, and more) and 100 pure Mahjong levels. Each standard level also rewards you with emeralds, which can be used to restore ten different underwater kingdoms to their former glory. Interesting and helpful power-ups are also available for purchase in the shop during each level. 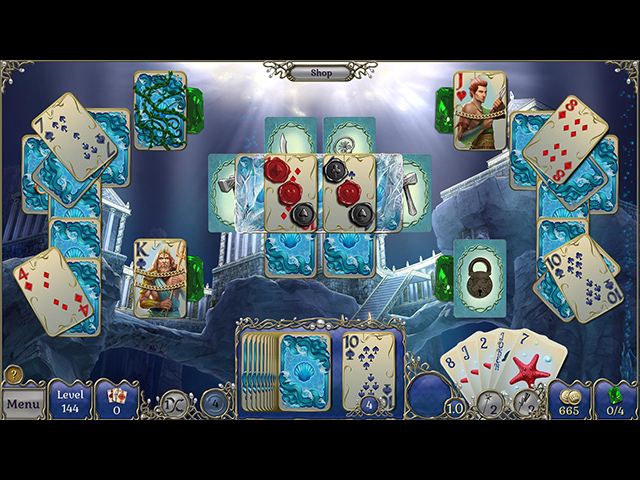 However, what truly makes Jewel Match Solitaire: Atlantis such an entertaining game lies in its crafts. The levels are precisely and cleverly designed to be of varying difficulty levels. An easy level might be followed by a more complex one or vice versa, which keeps your brain active without feeling overwhelmed. Credits also need to be given to the game’s wonderful production. The crystal clear graphics are accompanied by gorgeous special effects and animations. The underwater theme also allows the developer to experiment with creative visual ideas that really make the game “pop”. 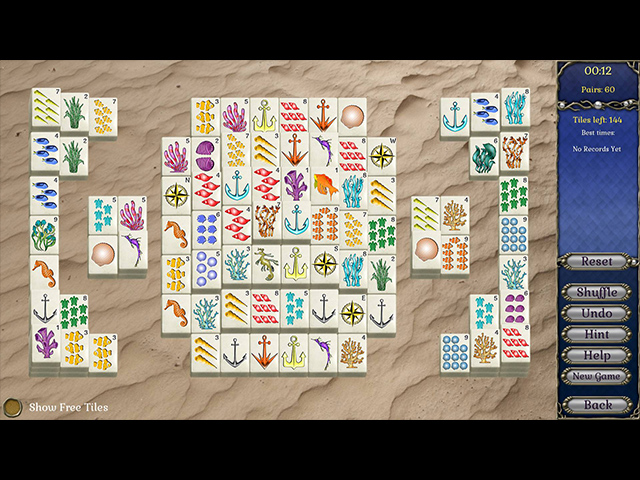 Jewel Match Solitaire: Atlantis is a comprehensive card game with more fun packed into its package than its simple premise might suggest.

by All About Casual Game on February 19, 2015
Bella’s family used to be a reputable English family, until her brother gambled off the family’s fortune. Now, with the money’s gone, her parents have arranged her a rich husband, Mr. Bleakley. Help Bella find true and restore her family’s reputation as she travels through London, Brighton and Bath. Regency Solitaire is a one-up one-down type of […]

by All About Casual Game on October 31, 2013
Even though Spoy Bonus has a Halloween theme running through the game, it is not a creepy game. The atmosphere is quite cheery despite the Halloween elements and decorations – it is nice in a way as small kids can also enjoy the game. The presentation is solid, graphics are colorful, beautiful and clear. There are […]
Comments
Leave a reply