Whether it’s fairy tale fantasy or medieval or Vikings or crime, the Time Management genre has gone through a wide range of themes – but very few have actually been set in a futuristic world. Faraway Planets takes you to the future when civilization is possible on another planet, when technology is so advanced and natural resources are almost completely exhausted. 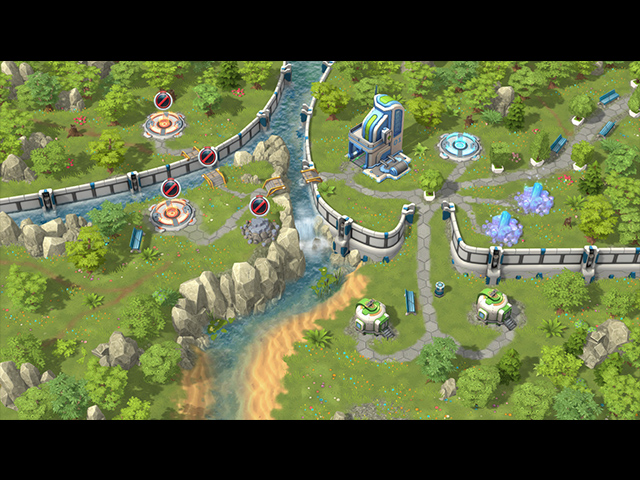 Faraway Planets is the definition of a delightful surprise. Hardcore Time Management fans might recognize A2 Entertainment from titles such as Fable of Dwarfs and TV Farm 2 and while those titles were decent and creative in their own right, they failed to generate much heat in the casual games’ landscape. Thus, a game packed with so much potential like Faraway Planets feels unexpected coming from such a low-profile studio.

On the surface, Faraway Planets might seem like your typical Time Management game with a space theme. However, a closer look would suggest otherwise. Although the game involves familiar actions such as building stations, clearing paths, and collecting resources – all these are cleverly integrated into the Sci-Fi theme and give the game a fresh edge. From environmentally-conscious tasks like recycling metal scraps and building wind turbines to exciting futuristic ones like refueling spaceships and building robots – Faraway Planets is clearly a thoughtful game, which makes for an all the more exhilarating experience. 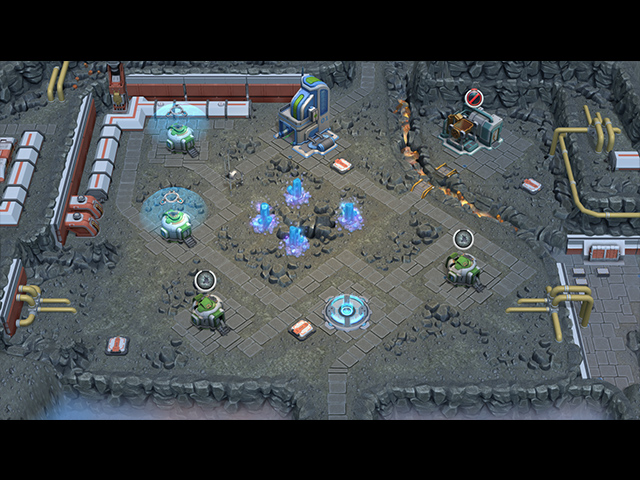 Faraway Planets’ Sci-Fi focus translates well in its production as well. The visuals in this game are beautifully designed and wonderfully executed. A2 Entertainment’s vision of outerspace civilization feels fully-formed and the high-quality graphics and animations help bring that to life. In contrast with the bold high-concept visuals, the music in the game is minimalistic, providing a nice juxtaposition to all the actions that happen on the screen.

No matter which type of player you are, Faraway Planets can be enjoyed by all. The game comes in three modes; Relaxed, Explorer, and Expert. On the Explorer mode, the game offers quite a high level of challenge. You will find it helpful to strategize ahead instead of taking actions on-the-go, all 51 main levels and 15 bonus levels are sufficiently complex and supremely entertaining. Apart from the 15 bonus levels on two new planets, the Collector’s Edition also includes wallpapers, soundtracks, a logbook, and achievements. A strategy guide would have been nice, but that certainly does not take away from the experience of the game. 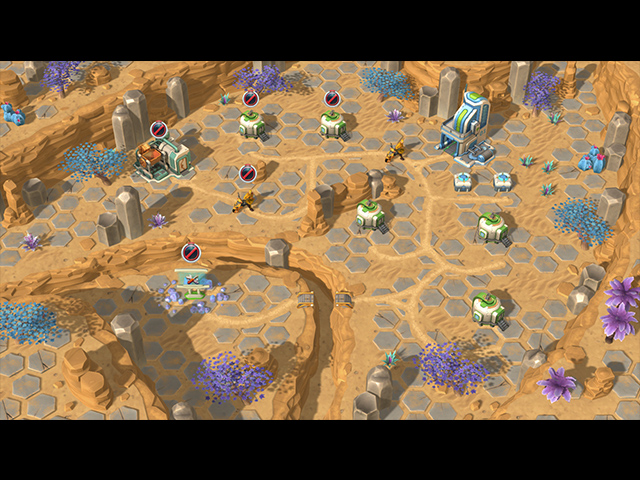 by All About Casual Game on November 4, 2018
Five years after the conclusion of the fan and critic’s favorite Aantado trilogy, Realore sends us off on a new thrilling adventure with the Roman Adventures series. During the glory era of the Roman Empire, Caesar sent General Flavius to take over the British Isles from the Celtic people in an attempt to expand the Roman borders. […]

by All About Casual Game on August 16, 2018
Join Hika-Ri and Kao-Ri once again on another epic adventure on the enchanted island of Tapa-Tui! Out of all the recent Time Management series, this fan-favorite series from Altar and Toyman Interactive is among the most consistent when it comes to quality – ands this latest sequel certainly does not disappoint. There is no question that […]
Comments
Leave a reply