Family Mysteries: Echoes of Tomorrow is everything you want a Sci-Fi hidden object game to be and more. Despite a few hiccups, this is probably one of the most original HOPA titles in my recent memory.

Brave Giant Studios proudly presents a new sequel in the Family Mysteries series, an intriguing dystopian adventure sets in the near future. Leitan Keyes is a renowned inventor on the brink of a scientific breakthrough when a time-traveler appeared and kidnapped his wife! Now it is up to Leitan and his brilliant mind to save his wife and reveal the identity of this kidnapper in Family Mysteries: Echoes of Tomorrow. 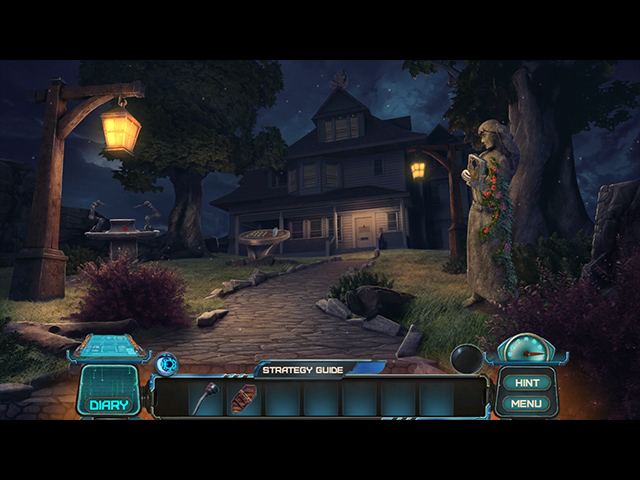 In many ways, Family Mysteries: Echoes of Tomorrow is the true real-world Sci-Fi hidden object adventure game that fans have been waiting for. Unlike best-selling Sci-Fi games like the Beyond series and the classic Eternal Journey: New Atlantis, this Family Mysteries sequel is rooted in the real world, but with plenty of post-apocalyptic flairs and sophisticated technology to set itself apart from other HOPAs out there. These Sci-Fi elements also help elevate the predictable storyline and give the game a thrilling futuristic twist.

The developer’s ambition also translates into the gameplay. In the world where the majority of recent HOPA offerings are riddled with dull tasks and cookie-cutter mechanics, Family Mysteries: Echoes of Tomorrow feels undeniably refreshing. Although the main game mechanics do not differ much from the standard HOPA tropes, there is enough creativity and thoughtfulness to make this game an engrossing experience from start to finish. The hidden object scenes are often innovative and challenging, while the puzzles are equally entertaining and unique. 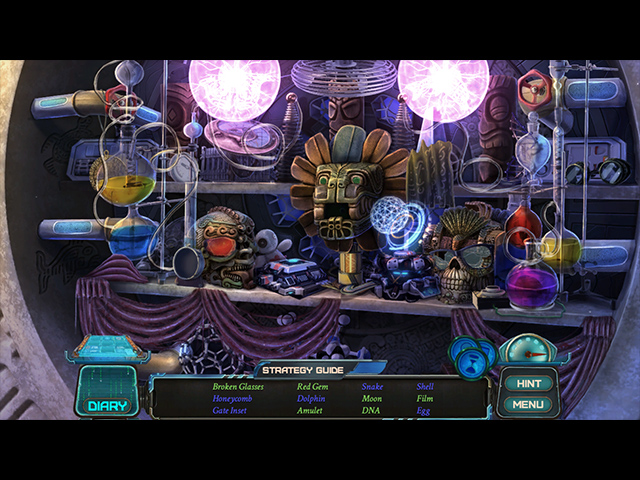 However, when it comes to its presentation, Family Mysteries: Echoes of Tomorrow stumbles a little. It is fair to say that the visuals in this game are rather flat and uninteresting. The scenes all look very mundane and lacking in details, the special effects are mostly bland, and the visual style looks outdated as if the game was developed a few years ago, which is ironic considering the futuristic theme of the game. That being said, there are cool Sci-Fi moments to be appreciated, especially bold visual choices during a few hidden object scenes and puzzles. Brave Giant Studios was able to deliver outstanding productions in their hit titles such as Tiny Tales and Queen’s Quest III, so it is quite disappointing to see that they took a step backward with this game.

Ready for more Sci-Fi adventure? Check out the preview to the upcoming installment in the franchise – Family Mysteries: Criminal Mindset! 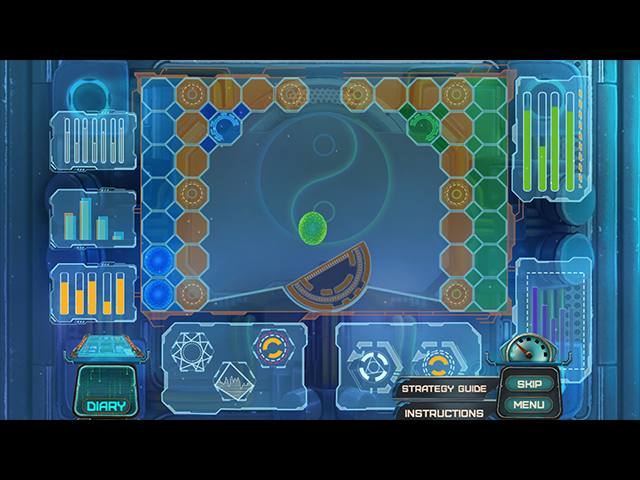 Family Mysteries: Echoes of Tomorrow is everything you want a Sci-Fi hidden object game to be and more. Despite a few hiccups, this is probably one of the most original HOPA titles in my recent memory.

by All About Casual Game on May 24, 2020
For safety reasons, magic use is prohibited as the Twin Moons are nearing their full phase. However, things are escalated this year as your sister and other students at the Academy have been wiped by powerful magic. Learn the secret behind the Twin Moons and take a trip down the realm of dreams in Persian […]

by All About Casual Game on February 5, 2020
The Academy of Dars-Khana is currently being monitored for unusual activities. When it’s the day of Mathab, in which the twin moons align and magic grows stronger, can you protect the academy from chaos or will all hell break loose? Persian Nights: The Moonlight Veil is the long-awaited sequel to Persian Nights: Sands of Wonders, […]

by All About Casual Game on November 6, 2019
Emma Emerson got an urgent call from her detective partner to investigate a suspicious drowning case. Little did she know that this case will get her tangled up in a complex family drama. Can you help Emma solve this head-scratching case in Brave Giant Studios’ latest Family Mysteries: Poisonous Promises? With popular series like Ghost […]
Comments
Leave a reply